On January 1, 2019, published works entered the public domain for the first time in twenty years. Classic films featuring Buster Keaton and Charlie Chaplin, songs “The Charleston” and “Tin Roof Blues,” and great works of literature such as William Carlos Williams’ The Great American Novel will now be freely available to be used, remade, and built upon. These works, all published in 1923, were slated to enter the public domain in 1999; however, the Copyright Term Extension Act prolonged the copyright term by twenty years, resulting in a total copyright term of ninety-five years. The Sweet Public Domain: Celebrating Copyright Expiration with the Honey Bunch Series commemorates the deliciously sweet end to the long waiting period as thousands of works of literature, music, and film enter the public domain.

One such work now entering the public domain is the Honey Bunch book series, which kicked off in 1923, featuring the adventurous and beloved four-year-old Honey Bunch. Written under the pseudonym Helen Louise Thorndyke, the books follow a series of firsts—her intrepid adventure in New York City, her first days out on the farm, her first visit to the seashore, and her first little garden are just the beginning of more to come. One of many book series produced by the Stratemeyer Syndicate, Honey Bunch joins the adventures of Nancy Drew, the Hardy Boys, and the Bobbsey Twins, together shaping the landscape of children’s fiction in the twentieth century..

However, none of these works—Honey Bunch, nor The Great American Novel, nor the score for “Tin Roof Blues”—would be available without the mass digitization efforts led by the Library of Congress, Google Books, and the Internet Archive. These initiatives are well underway, focusing on pre-1923 items for which the copyright status can be assured. The Internet Archive’s collection alone boasts an impressive 2.5 million titles in the public domain. The New York Public Library has also joined these efforts, digitizing more than 293,000 pre-1923 images. Beginning with the reinstatement of public domain day in 2019, thousands of new items can be digitized and released each year.

Created by members of Scholarly Communication and Publishing at the University of Illinois at Urbana-Champaign Library, The Sweet Public Domain functions as a digital collection and documentary edition, pulling together digitized and reformatted publications of the 1923 and 1924 Honey Bunch series books, essays on their publication, and essays on public domain day. When we set out to curate this collection, we sought to join worldwide digitization efforts by finding an item from our own Rare Book & Manuscript Library that had never been digitized before. After hours of scouring the archives, we were delighted to find the little-known Honey Bunch series. We hope you will enjoy it as much as we have.

Essays by Sara Benson, “The Sweet, Sweet Public Domain,” and Kirby Ferguson, “Allow Me to Rain on Your Public Domain Parade,” unpack the significance of the public domain. Introducing the series, LuElla D’Amico’s, “Just a Little Bestselling Series: An Introduction to the Stratemeyer Syndicate’s Honey Bunch Series” and Deidre Johnson’s “Honey Bunch: Creation and History of the Series” discuss the significance of the series and the relationship between the Honey Bunch books and others by the Stratemeyer Syndicate.Peruse a timeline of works entering the public domain over the next few years, or dive into the Honey Bunch books. As an added feature, Honey Bunch: Her Visit to the City (1923) is fully illustrated with public domain images from the New York Public Library’s expansive digital collection.

Join us in celebrating the sweet public domain from 2019 and onward as we welcome thousands of artistic works into a new era of creative liberty. 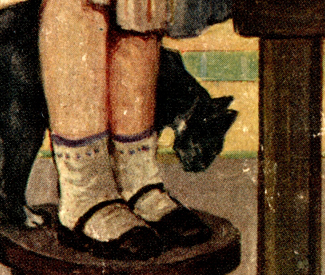 Learn more about the sweet public domain from Sara Benson, copyright librarian at U of I and Kirby Ferguson, writer, filmmaker, and producer of the series Everything is a Remix. 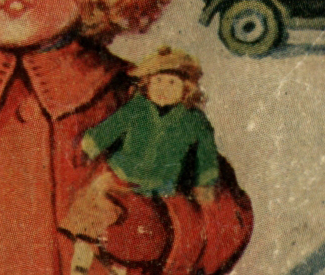 Explore the series, digitized for the first time. Drawing mainly from the New York public Library's Digital Collections, Her First Visit to the City has been illustrated with images from the public domain.

​Go to the Honey Bunch Series 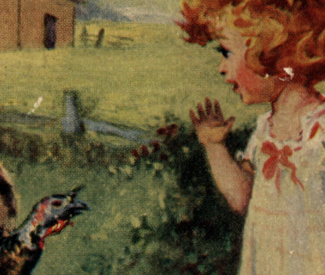 Learn about the Series 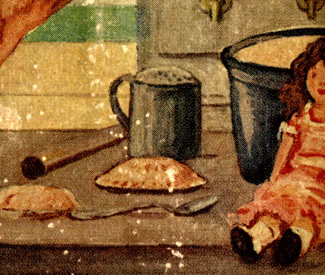 Read about the project contributors for this publication.

This page has paths: