As a final exercise for this unit, we’ll bring the hardware together with software to implement Python code to turn the LED lights on or off. Then, we’ll play counterstories with the Raspberry Pi.

So far, your LEDs and momentary switches have functioned together directly as part of isolated circuits. But in this concluding exercise, let’s rewire them to communicate with an application we’ll download to the Raspberry Pi operating system and run using Python.

Beyond the ground, 5V, and 3.3V pins on the of the Raspberry Pi, we have a wide range of other pins we can tap into, as can be seen in the image below. Those labeled with a pound (#) sign, are especially prioritized to serve as inputs and outputs within programs. But how they are used is open to the decision of coders. 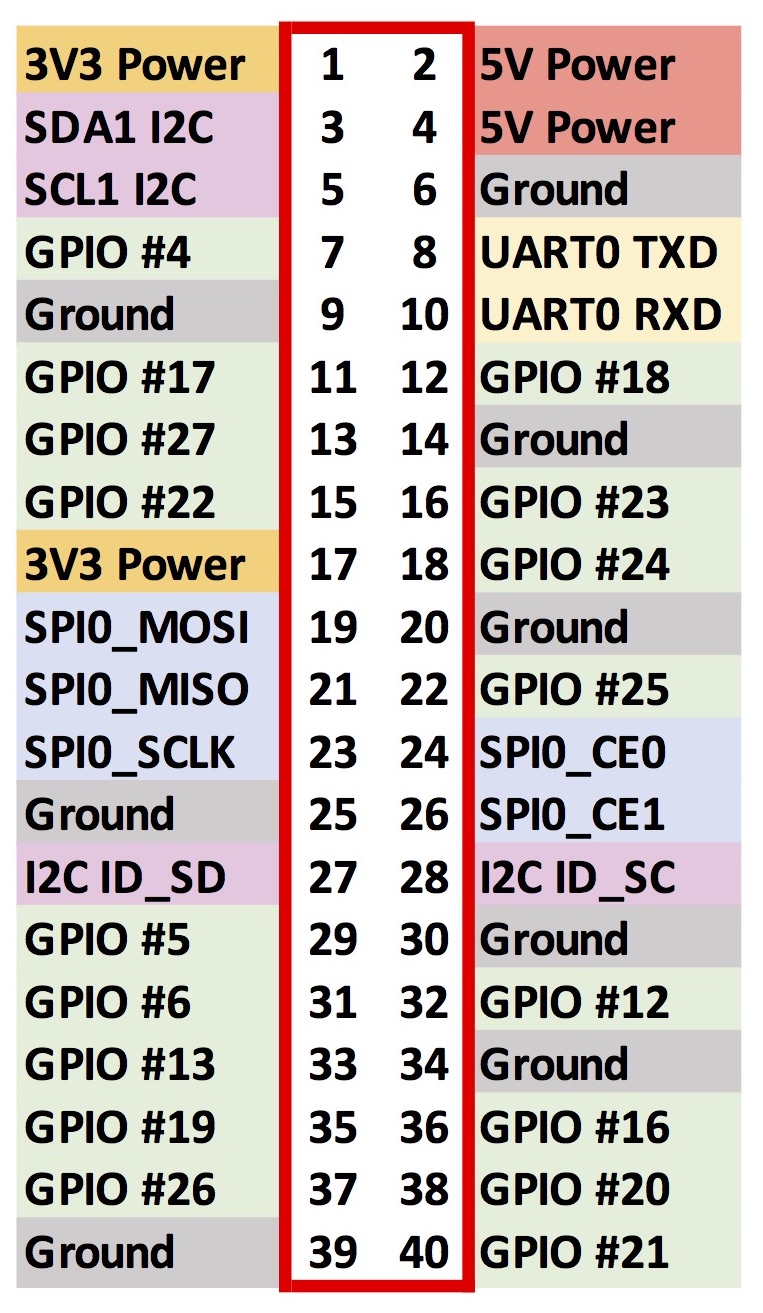 For this exercise, we’ll use GPIO #12 and GPIO #16 for the momentary switches and GPIO #20 and #21 for the LEDs to be integrated into programming code. The key reasons behind these choices include:

Part 1: Steps to Rewire the Circuits

Here’s the configuration of our current circuits as a reminder of where we’re starting.[1]

Part 2: Steps to Run the Code

At this stage, the exercise will vary based the adventure method you chose, Quickstart or Headless, to configure your Raspberry Pi. For this step, jump to your corresponding exercise below: 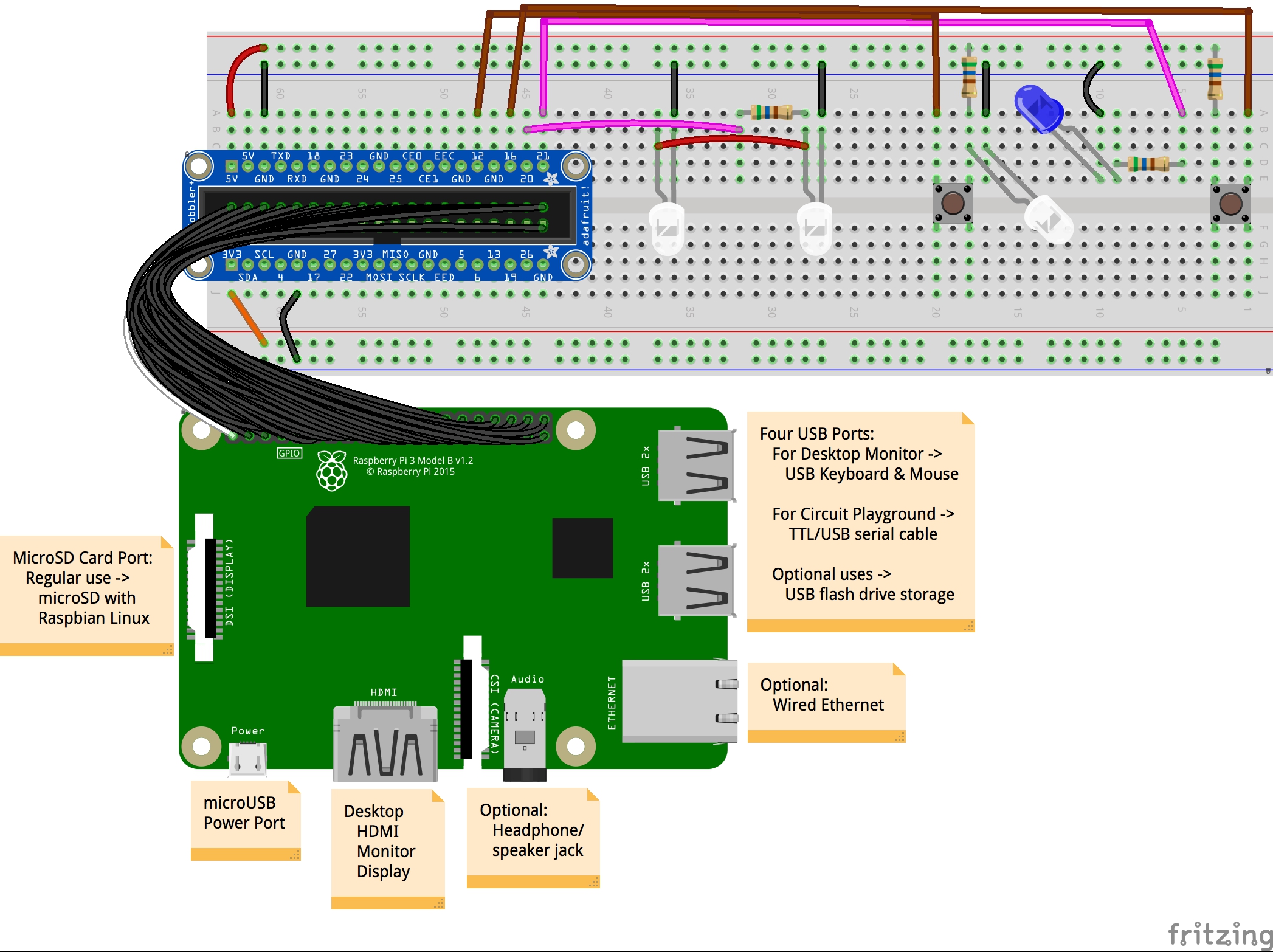 Take 7 minutes to watch the following video, then follow the steps below.

Here’s how to use the console to set up and run Python code on your Raspberry Pi. This assumes that you have already connected your Raspberry Pi to your laptop using the USB to TTL cable and you have used the terminal (on Mac) or PuTTY (on Windows) to access the Raspberry Pi’s Command Line Interface remotely. If you need a refresher, Option 2: Headless Guide in Orange Unit “4C: Getting Started with the Raspberry Pi” provides detailed instructions.

Take 10 minutes to watch through this “Crash Course Computer Science” video from Carrie Anne Philbin highlighting how “Instructions and Programs” can serve as a first step from hardware into software.

In previous sessions of the Orange Unit, circuits were constructed using electronic components without code. 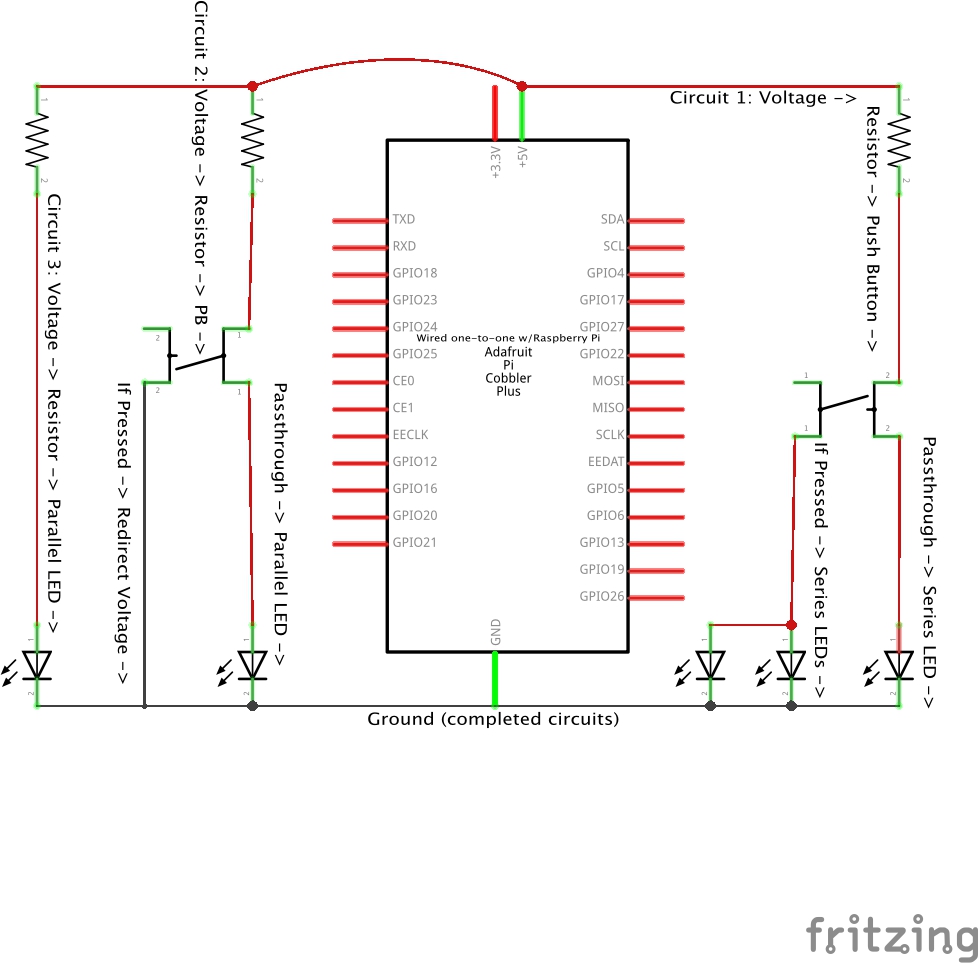 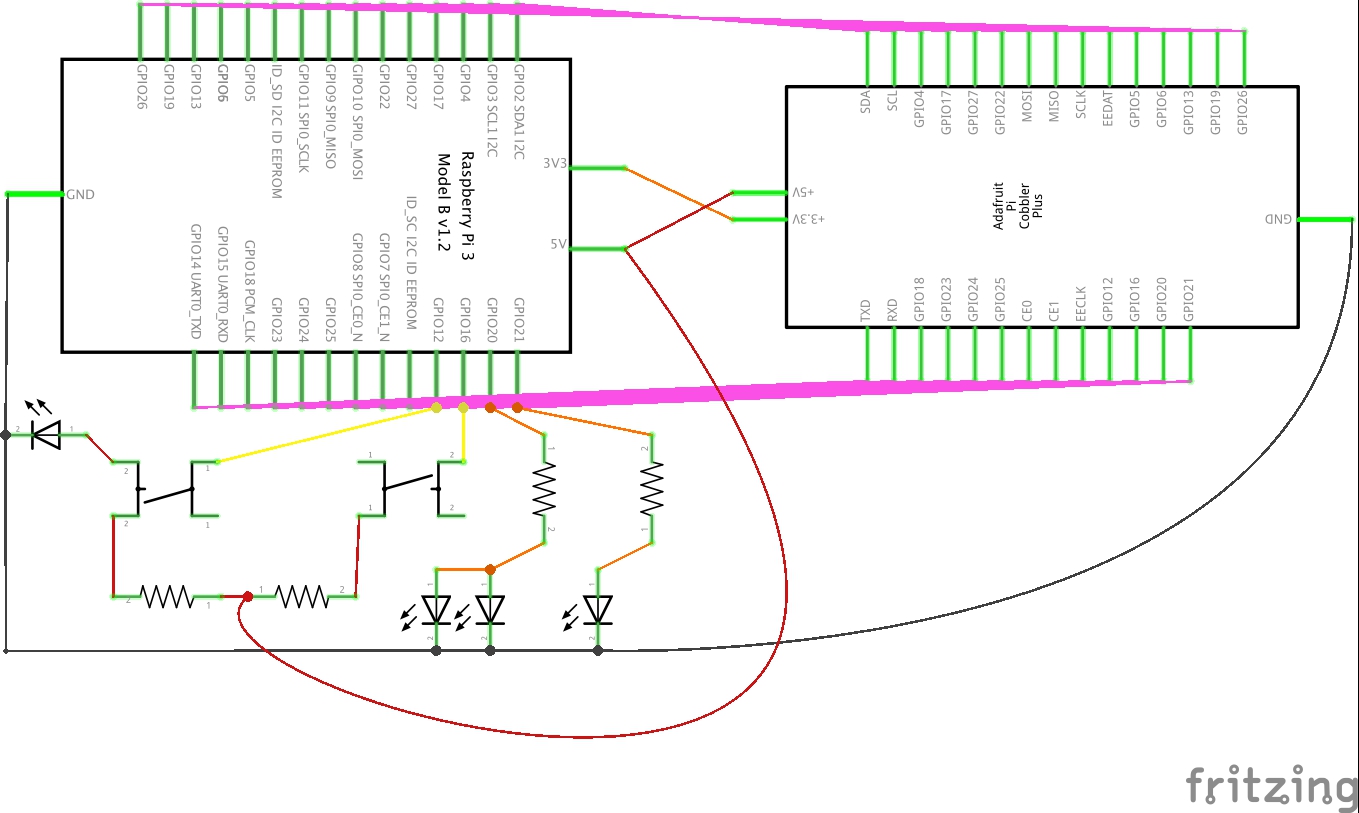 Within these circuits, we could have used the breadboard with a wide range of current and ground sources to the Cobbler beyond just the Raspberry Pi power source.

The key reasons behind these choices included:

True or false? As we move from circuits made exclusively of physical electronic parts to ones that also include programming code, greater opportunities for innovation-in-use become available.

As part of this exercise we’ll take the following steps:

STEP 1: Establish a counterstory workspace on your laptop. This folder will be used to clearly identify multimedia data that will be transferred to and from the Raspberry Pi as needed. Copy this folder to a USB flash drive.

STEP 2: Transfer data files between your laptop and the Raspberry Pi using a USB flash drive.

Step 1: Establish a Counterstory Workspace on Your Laptop

On your laptop, set up the digital counterstory components:

Step 2: Transfer Files From Your Laptop to Your Raspberry Pi

An introduction to the terminal window can be found in the end notes of the book: Using the Unix Command Line.

Step 3: Testing the MP3 Audio Playback on the Raspberry Pi

OMXPlayer is an audio and video player made specifically for the Raspberry Pi. It comes pre-installed on the Raspberry Pi OS. We’ll be using this as our digital Little Free Library tool. For more on the capabilities of OMXPlayer and instructions on its many user commands, visit the OMXPlayer website.

To test the audio playback of the Raspberry Pi:

We’ve gone from basic LED circuits in parallel using different levels of resistance and different voltages, to LEDs in series controlled by momentary switches, to integrated circuits, to code-based circuits. We have also taken our first dips into the Raspberry Pi microcomputer pond to see how these electronic parts, along with a range of other electronics, come together to create large, complex systems like computers.

As mentioned in a video segment at the beginning of this session, my history with computers goes back to the mid-1970s in junior high, and my work with general electronics even longer, as I grew up in my family’s sawmill. In this next video, I share my memories of electronics and programming during the late 1980s and early 1990s as I worked on my research as a PhD student at Rutgers. You may find some similarities to the work we’ve just done!

A general purpose input/output, or GPIO, is a common, open-ended transmission mechanism used with integrated circuits on microcontrollers, microcomputers, and other printed circuit board electronics. Pins are provided to which female-ended wires can be connected. GPIO pins can be programmed as input (e.g., sensor data; ground) or output (e.g., state change; power) sources. GPIO pins can be preconfigured for special purposes, or can remain undefined until specified by a user at run time. In general, GPIO provides a means to tailor pins to fit specific design goals within applications, as well as reusability across applications.

Electrical sensors are devices used to detect input from the physical environment. Light sensors might automatically turn on the headlights of your car, while heat and chemical sensors might turn on a fire alarm. And motion sensors might turn up the heating or cooling in a house, or might count how many people have passed through a gate to and from a library. The Circuit Playground Express that comes with the toolkit has a range of sensor inputs within this printed circuit board, including:

Analog light sensor to detect ambient light, with similar spectral response to the human eye.
Temperature sensor calculated using the analog voltage at a given moment.
Microphone audio sensor is a digital microphone that works similarly to the microphones built into our laptops and smartphones, but is smaller and less expensive, well-suited for this educational microcontroller.
Motion sensor using an accelerometer, detecting both motion and gravitational pull.
Seven capacitive touch sensors that can sense the touch of a person, human or otherwise.